How Does Voting Work in America? 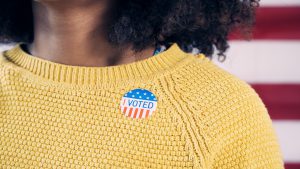 To those who have never participated in an American election, the voting process used in the United States can seem convoluted and confusing. The voting system of the United States is distributed among local, state and federal levels of authority, and the mechanisms behind candidate selection complicate this already multi-layered system even further. If you’re curious about how voting works in America, though, you can get a general grasp of it by understanding a few relatively simple concepts. Here’s what you need to know about how American elections work and the mechanisms by which American voters screen and elect their political leaders.

Who Is Eligible to Vote in America?

To vote in an American election, a person must be 18 years of age or older and be a citizen of the United States. In addition, the voter must meet his or her state’s residency requirements in order to vote in elections in that state. With the exception of North Dakota, all American states require that residents undergo a voter registration process before they can participate in elections. If a person does not complete the registration by the state’s deadline, he or she will not be able to vote in the next election.

A Bit of Background on American Electoral Politics

Unlike many parliamentary democracies, the political landscape of the United States is largely dominated by two major parties, the Democratic and Republican parties. As a result, American elections are usually a strictly binary choice between the competing candidates of these two parties. While several smaller parties, most notably the American Libertarian Party and Green Party, do exist, they are essentially unrepresented in American national politics. 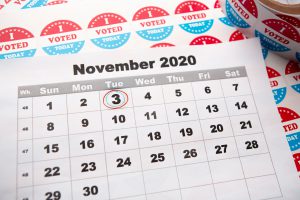 It’s also important to note that a single general election date is used to elect leaders at multiple levels of government. Since 1845, the Tuesday following the first Monday in November has been used as America’s election day. Federal, state and most local elections take place on this day, allowing voters to choose their leaders at each government level all at the same time.

Finally, it should be understood that the American system elects different officials in different years. American voters choose a president once every four years, but members of the House of Representatives must stand for reelection every two years. In addition, one-third of the Senate’s 100 members face reelection every two years. Once a Senator is elected, though, he or she will serve a six-year term before having to stand for a new term.

How Are American Elections Organized?

In the United States, national elections are organized and administered independently by each of the state and territorial governments, rather than by the federal government. These smaller units of government set the rules for elections within their borders, and those rules are then implemented by thousands of local governments across the country. As a result, the American election system is an extremely decentralized one with rules and standards that can vary from place to place.

Despite this decentralized election model, the federal government does still set certain election requirements by which all states must abide. Standards set at the federal level include equal access to voting rights, campaign finance law and rules governing voter fraud. The requirement that voters must be 18 years of age or older is also a federal mandate that was enshrined in the 26th amendment to the United States Constitution.

As with general elections, primary rules vary on a state-by-state basis. One major variation between states that can significantly affect how primaries are carried out is the difference between closed and open primaries. In a closed primary, only voters who are registered members of a party can vote in that party’s primary. Open primaries, on the other hand, allow voters to declare their preferred party on the day of the primary election without having to formally register.

The Importance of Voting Districts 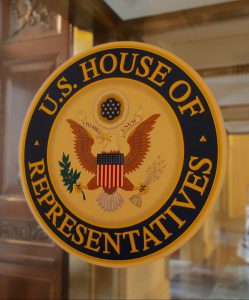 The drawing of congressional districts is one of the many important responsibilities of state governments in the American electoral system. Generally, state legislatures are in charge of drawing district lines. States base their districts on the results of the census count, which occurs once every 10 years. As the population shifts from one place to another, new districts may have to be created or old district lines redrawn to keep their populations equal. 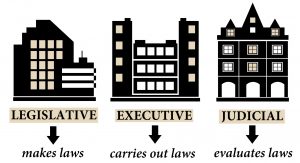 One of the unique features of the American Electoral College, though, is that electors are free to vote against their party if they so choose. These so-called faithless electors can, at least in theory, prevent a presidential candidate from reaching the 270 electoral votes required to win in the college and thus securing the presidency. In the event that neither candidate successfully acquires 270 votes, the election will be decided by a vote in the House of Representatives instead. 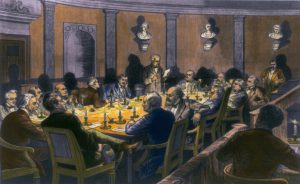 In practice, electors rarely vote against their party pledge, and the Electoral College has never completely overturned the result of an American election. The vote has, however, gone to the House of Representatives in one unique case. During the heavily contested election of 1876, 20 disputed electoral votes caused the election to be sent to the House for a vote. The controversial election process lasted into the next year, when Rutherford B, Hayes was made president by a House vote.

In recent years, 16 states have also entered into an agreement to assign their electors based on the result of the national popular vote. This agreement, known as the National Popular Vote Interstate Compact, will only take effect in the event that it is adopted by a combination of states possessing at least 270 total electoral votes. At present, the states that have adopted the compact possess 194 votes. While this compact is not yet a factor in the American electoral process, it is a major new feature on the political landscape that could nullify the Electoral College and fundamentally change the process of electing a president in the coming years. 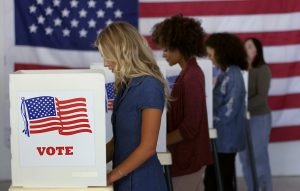 In addition to the national elections that occur in even-numbered years, states and especially municipalities often hold elections for lower offices in odd-numbered years. These off-year elections are held in part or all of 40 states in total. While no national officials are elected during these smaller elections, they are important events in state and local politics.

While there is still much, much more to learn about how voting and elections work in the United States, this overview should provide you with most of the basic information you’ll need to understand the mechanics of American electoral politics. Although the decentralized and multi-faceted nature of American elections may make them seem complicated on the surface, they are reasonably straightforward once you have an essential grasp of their internal workings.

The entire experience was conducted in a very professional and caring manner from the moment an NMC representative answered the phone until the service provider arrived. The service provider rendered excellent service. Thank you! Keep the good work up; it means a lot. -Naomi W.

Thank for your prompt response and excellent customer service. It is truly worth every dime spent to maintain your service. -Marva G.